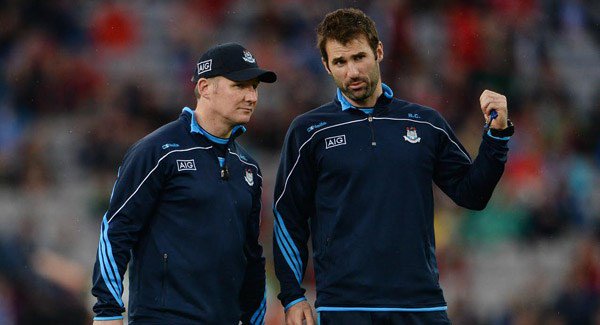 You hear a lot in the media and from opposition managers that Dublin are so well conditioned that it makes it hard to even compete with them. QPR FC Sport Scientist Ciaran Deely looks at the reasons behind Dublin’s physical dominance.

It is inherently logical to say that Dublin’s continued presence in the All Ireland Series each year has helped to develop them as a team in terms of their problem solving and playing ability. Extended season for teams, however, isn’t limited to technical and tactical improvements, it also leads to greater physical gains and development. It does this for two reasons.

Firstly, the longer the season goes on, the greater amount of contact time the S&C coaches get with their players to bed down those movement patterns and extend their conditioning levels.

Secondly, once players are involved with their county team well into Autumn, the closer they are becoming to year-round Inter-county footballers. The merits of which can be debated, but what is inarguable is that chronic exposure to professional fitness and S&C programmes will lead to supremely conditioned players- in contrasts to teams who only periodically make the Super 8s or All Ireland Final day.

From my time working as a Games Promotion Officer for the Dublin County Board in the late-noughties, you could see Dublin had got their act together long before all other counties. Their Development Squads were streamlined, organised and ran an extensive programme. Part of this, of course, was a very professional and well thought through strength and conditioning programme. Exposing youth players to a comprehensive age-appropriate physical development programme was, even back then, best practice in the professional rugby and soccer worlds. It was not in the GAA.

Fast forward ten years, and former player Bryan Cullen is well established as Head of Performance for Dublin GAA and players like Jack McCaffrey, Niall Scully and Con have ten years of dedicated strength and conditioning training in the bank. They will have all come through a programme of Long-Term Athletic Development (LTAD), prescribed and administrated by Cullen and his department of S&C coaches and Sport Scientists.

To put it into perspective- Kerry employed their first Head of Performance Jason McGahan just last year. All other teams are playing catch up!

In my day-job, we speak a lot about creating the 24-hour athlete. This is the player who takes their game very seriously, eats the right food, warms up correctly, is diligent in their recovery, and does extra fitness work when needed. The easy part is doing all this inside the training ground, in the presence of the performance staff. The harder part- and thing that often determines who makes it into the First Team- is to be as professional outside the club as inside.

Mindset and determination determines that. But also, the organisational structure and support-network ecosystem that you have set up around the player. In the late nougthies, Pat Gilroy linked up with experts such as Dr Niall Moyna in DCU and developed the structures around the players to allow them to become 24-hour athletes.

The financial prowess of the county board, access to agreeable employment and study, and all players living in close vicinity in the county only served to promote this pathway further and increase the players’ ability to develop their conditioning even further.

The two other pivotal factors in developing talent and physical conditioning is genetics (nature) and deliberate practice and training (nurture). Being the capital city with a booming population, it is indisputable that Dublin have access to a greater pool of natural talent than all other counties.

This has the effect of a race to the top for its players, where the excellence of its top players drives the development and determination of its next crop of future stars. Dublin has access to youth athletes who are more physically maturated and developed, and with the expertise in coaching and S&C trickling down the age groups, it means the nurturing of the county’s young players keeps getting better and better

Dublin is obviously also a traditional power, and it’s telling to see players coming through who are sons of Dublin legends of the game. Along with all the other factors mentioned above, good genes breed top players. The evidence of that is unquestionable!

Dublin benefits from several fundamental advantages- large population size, natural athletes with great family genes, and all their players living and working in close vicinity to each other. The crucial point, however, is how they have taken these inherent advantages and maximised their effect. They’ve created an environment of excellence, with the inclusion of expert professionals into the set up, and critically, the addition of a mentally robust and determined set of players. It’s an explosive mix and has resulted in the most supremely conditioned GAA team we have ever seen.