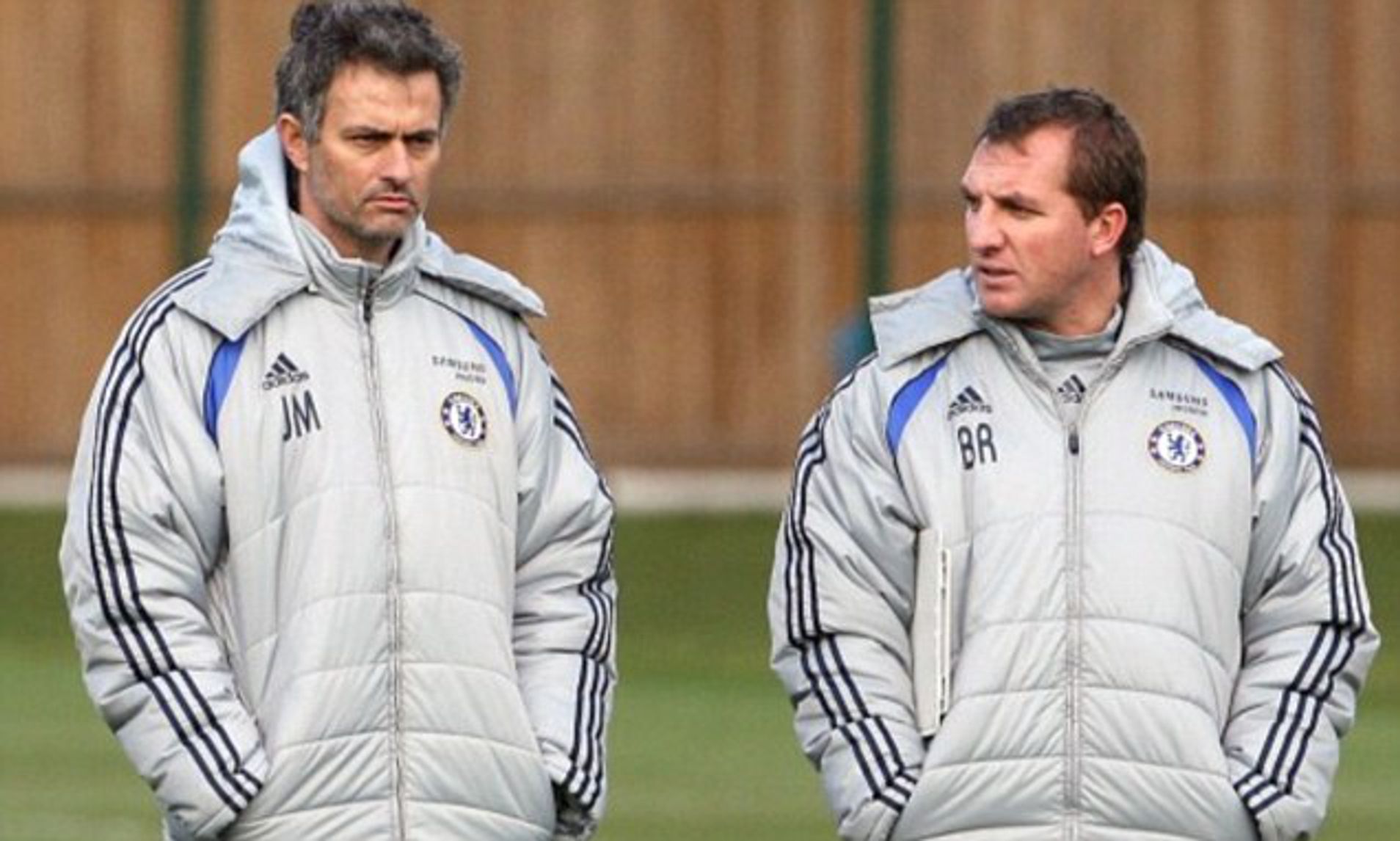 Posted at 10:39h in Periodisation by Ciaran Deely 0 Comments

I was listening to Jim McGuinness talk in a webinar a few weeks ago and one thing I noted was that when Jim was describing the week for soccer players he used the terminology associated with Tactical Periodisation. He talked about the different days as strength, endurance and speed days. Jim also talked about a close relationship with Brendan Rodgers and I know Rodgers coaches through the Tactical Periodisation model which he learned when he worked under Mourinho at Chelsea.

The first step of Tactical Periodisation is to develop your Game Model. You need to clearly know what you want your team to do in each of the four game moments 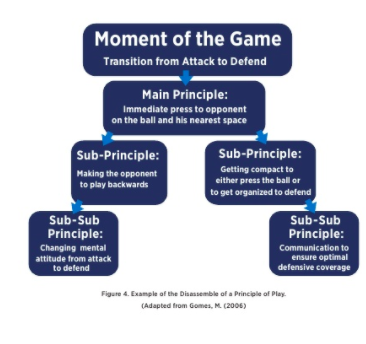 These are the ideas you have with the objective of resolving the problems from the unpredictable and chaotic game. Structure within the unstructured!

The Game Model is part of everything you, your backroom team and players do. It is all encompassing. The selectors, performance analysis team, etc. must understand the model as that is how everyone will operate now. For example, the performance analysis will now be done through the game model and the four moments will be what the analysis of your team and opposition teams is done through.

With Tactical Periodisation any training must be related to the game model. This is the single most significant difference between a lot of coaching models out there and this one. Coaches who integrate the ball most of the time in their session often leave out the key ingredient, they forget the tactical way of playing. Tactical periodisation training sessions are always designed in a way that the principles of play from the game moments are always integrated so the drill/game transfers directly to the game.

The next part is developing the morphocycle or the weekly plan which will extend over the year. Vitor Frade has designed a very detailed and methodical morphocycle for soccer that incorporates the physical, technical, & tactical as shown below. He has included recovery days, part of game model to be taught, and pitch sizes to be used in his weekly cycle.

This is impossible to recreate in a GAA context because of the amateur nature of the game and the fact most GAA teams will only meet collectively three days a week.

So the week as designed by Frade has to be redesigned to a three day week. I explored different ways of doing this and found it a difficult task. Recently though, Fergus Connolly brought out his online GAA course where he revealed his morphocycle that the Dublin Senior Footballers used. I know a couple of other coaches around the country are also using an adapted tactical periodisation model and have a morphocycle that may be similar or a little different. I understand that Shane Mangan has recently completed a PhD in this area and I am really looking forward to seeing the game model and morphocycle he produces. I believe he has presented on this in one of the online GAA webinars organised by Dr Peter Horgan during this pandemic and the video of it is online on the GAA Learning YouTube channel- so I look forward to watching that too.

The model outlined by Fergus Connolly looks like this in its simplest form. 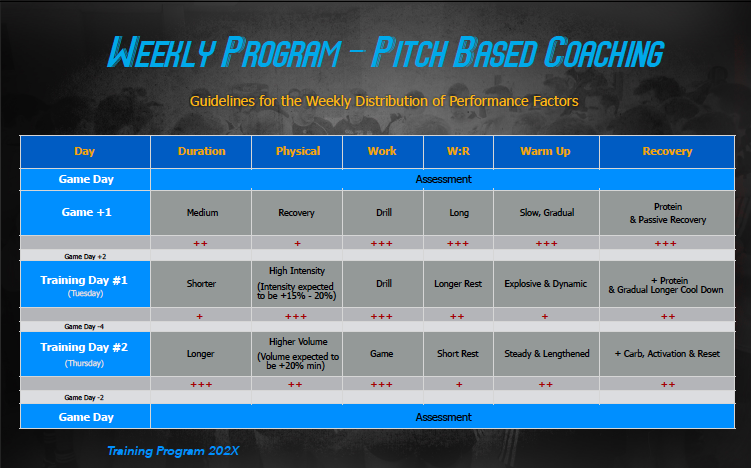 Fergus Connolly The System Level I

I am not sure how people are going to view this. It may look straight forward to some or very complicated to others but even now having studied the model extensively I still have questions. You must understand as I have mentioned before that what backbones this is extensive research and can be quite complicated, but it can be simple to implement in its essence.

What I outlined in the last piece is the model broken down to its simplest form. Just to recap and expand what the training days look like.

The Tuesday night is where you focus on 1v1’s up to 8v8’s and concentrate on developing the individual player or units, based on the performance of the individual & units on gameday in the four moments of the game. The session is based around intensity and small pitch areas. One thing that will stick out to the game-based coach is the mention of the word drill. On the Tuesday the majority of work is done through 1v1, 2v2, 3v3 drills that will be backed by small sided games. The drills are used to create higher intensity and develop individual & unit tactical play. For example, the coach can work on how individuals defend during certain moments of the game specific to the players position

The Thursday night training is more focused around the defensive and attack units as well as the overall team, again in the game moments. This session is based around volume and the pitch sizes are larger. This session is very focused on the team as a whole and what was developed on Tuesday night in small areas and in individual and small units is now completed in larger areas. The tactical components of the game that will be worked on here for example is transitioning from attack to defence and where you set up your press.

Gameday is Gameday where you hope the fruits of everything you have worked on during the week happens. This may be an in-house match that you may break down in to three thirds of say 15-10-10 minutes to ensure the intensity is at championship level

This cycle is repeated throughout the season for many reasons but particularly as an injury prevention strategy as less change for the player reduces the risk of injury. Also, players get used to performing on the most important day of the week – GAME DAY.

This was a further breakdown of implementing Tactical Periodisation in the GAA. I have included below the references used in writing this piece and also, they can be used to further delve into some of the topics discussed. From my last piece I had some fascinating follows up and I really enjoyed the conversations that ensued. I look forward to more!