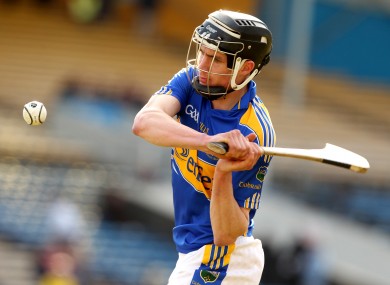 Posted at 16:33h in Performance, Psychology by Ciaran Deely 6 Comments

When we look at performance enhancement what generally comes to mind is a focus on technical, tactical, physical and psychological variables. While these are and will continue to offer an effective baseline for seeking improvements in both individual athletes and teams, it is always important to look deeper into each area and seek out new means of development. While undoubtedly all the four components offer the opportunity to do such, the psychological element is one where the scope is particularly broad.

Within this, what is of particular interest is the area of group dynamics with emphasis on team cohesion. Cohesion is also impacted by tactical elements such as role clarity and the ability of players to fit into the on-pitch philosophy of a team. However, it is also beneficial to look at cohesion in terms of how it can be impacted in a psychological sense, and in doing so not just focusing on some of the more common team building approaches which many coaches utilize. The focus of this piece is on connection among athletes and how the feeling of emotional connection to each other can lead to greater levels of cohesion within a squad. My personal interest in these two areas not only comes from roles I have had within the sporting environment but also work in the non-profit sector. I have experienced how effective facilitation, with the goal of developing connection among people, can greatly influence the nature of groups, and from this I have worked at bringing it into to the sporting environment.

Cohesion acts as the glue that binds and bonds individuals to a group identity and cause (Richardson, 2013), with this generally influenced by both task and social cohesion. Social cohesion refers to the degree which members both like and interact with each other and this is primarily impacted by four factors which include environmental, personal, leadership and team (Carron, 1980). From a coaching perspective the main ones which can be influenced are personal and leadership as they encompass not only the personal dynamics which exist in the squad but also the leadership style implemented by the coach. The predominant leadership style utilized needs to be democratic as this most empowers interaction among members.

the team. Two elements I will discuss with the aim of developing this type of emotional connection are Vulnerability, and the Why.

Vulnerability is an act of courage because you merge with your authentic self, instead of hiding behind a facade to appease others (Haruki Murakami). Vulnerability is much easier to describe than define and within the context of a sporting environment it is the opposite of the traditional full macho approach that has been all too common. While grit and toughness have and will always be required in sport there is also much power in vulnerability. The tendency of athletes is to generally always aim towards an image of fortitude, and at the same time suppress the emotional side which everyone has. The trick is to express and be content with the emotional side of the self instead of shoving it aside.

At a basic level vulnerability within a dressing room is facilitating athletes getting to know each other in a more meaningful and real sense. The first question I always pose to a squad is how well do we know one another? The second question being how often do we genuinely take time to ask a teammate how they are? I ask these because we cannot properly know someone unless we take the time to. Further to this, from my experience within a GAA environment players can be in each other’s company at least three times a week without asking basic but meaningful questions.

The journey towards a space of vulnerability begins with the above questions and culminates when individuals are at a stage where they are sharing personal stories and journeys which they may never have previously done. One of the other main points I make at the beginning of a workshop is how the following hours will be mainly non-sporting related. This can often get a response of bewilderment followed at times by even laughter from some. The workshop journey from a place of apprehension and apathy to a space of silence and respect for what is being said is a powerful one. I have seen even the most macho of individuals respect the life experiences which are spoken about when they are done in an authentic manner. This space does not happen by accident nor does it occur straight away and is aided by the use of hooks along with a process that brings them through the different stages of intensity.

It can however be achieved over the space of several hours and I have witnessed its transformative impact within the culture of a squad. One of the first groups I conducted this type of workshop with was a Fitzgibbon Cup hurling team and post workshop, former Cork Hurler Pat Mulcahy described this approach as breaking the mould in terms of the traditional team-building approach which is conducted via ice breaker games or nights out drinking etc. Even though these do in their own right have a place as well, authentic vulnerability combined with high standard coaching in a technical, tactical, physical and mental context will assist in real team-building. It can lead to people viewing one another in a radically different light and work at breaking any cliques which many squads are afflicted by. It exposes individuals to emotion and helps them get comfortable with it. It normalises human struggle and counteracts the ego which helps individuals think and see outside of themselves. Ultimately, a respect for the power and importance of vulnerability within a squad has the potential to make an important contribution alongside the core segments of team preparation.

Those who have a why can overcome any how is a life statement often used, and there is every reason as to why it can and should be transferred to the team sporting environment. I would recommend starting work with any group by beginning with the why and for this to be used as the springboard going forward. What comes from asking this question can be very powerful as team members get to share what their individual motivations are. Along with this, the process of just contemplating the question can be a useful exercise and act as a motivating factor for individual players.

Just like properly checking in with one another is not something that is regularly done in a team environment, the process of opening up and exploring the why of individuals is not a common exercise either. From my experience what comes from this can be extremely powerful and very often the main reasons will not be about success, but will include that of a family, friendship, community or club nature, along with fulfilling one’s potential in what they are talented at. Even if an individual has never contemplated this before, the posing of this question will facilitate them in looking inwards and figuring out their own reasons.

When this space is created diverse and multiple reasons such as the above will come up and these combined can create a lot of energy around a squad. What regularly comes to mind for me at the end of the exercise is that even though sport is only just a game, it can often be much more than that. This may seem like a contradiction, but there would seem no reason why these two approaches can’t exist side by side. An athlete can give their heart and soul towards seeking improvement in their sport, but at the same time be able to handle and comprehend the inevitable failure which will occur along the way by viewing it as only one part of a much bigger societal picture. This approach can assist athletes in playing with freedom and expressing themselves.

Emotional connection and group cohesion are not always the buzz words which are associated with Performance Coaching or Sport Psychology. When referring to these, coaches can often react with apprehension and that is understandable given that this has not been the traditional approach to team-building. However, it is my opinion that through intention or not most successful sporting teams are strong in these areas. In GAA terms many people have recently been struck by the journey which Borrisoleigh have gone on in the club senior hurling championship. Apart from the obvious strengths of technical and tactical team play along with excellent strength and conditioning, it has also been noticeable how they have a strong why and are unafraid of the vulnerability in showing it. They have at numerous occasions referred to the tragedies which have recently befallen the parish, and how this had acted as a driving factor for them. Further to this, it takes healthy vulnerability to first speak about it in front of themselves and then to the outside world. I’m not saying this is the main reason for their success, but it does seem to have genuinely helped. Teams can often look for quick fixes in seeking improvement and many may feel a focus on the deeper variables which I have explored here is not relatable to them. However, I believe all sporting teams and particularly GAA ones have within them reasons similar to what have given energy to Borrisoleigh, and it is just a matter of first finding out what they are and then tapping into them.