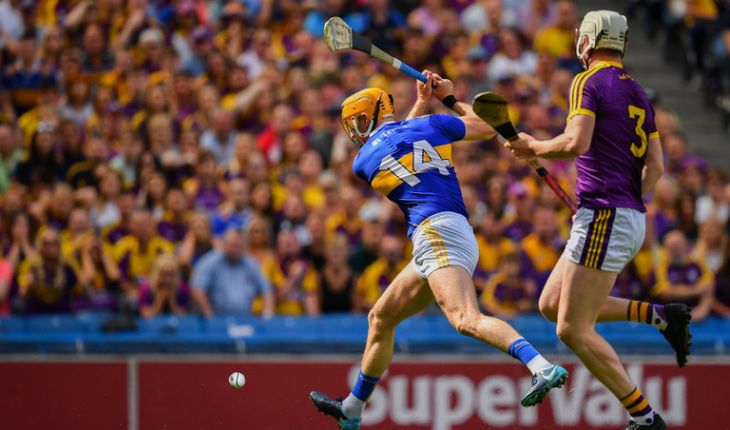 22 May Repetition without repetition – By Barry Mullane

Nikolai Bernstein was a soviet neurophysiologist who was one of the pioneers in the field of motor control and motor learning. His concept of ‘Repetition without repetition’ revolutionised the way we think about skill acquisition.

Bernstein suggested that ‘practice does not mean to mechanically repeat the same solution to a given task, but, to repeat over and over, the process of solving the task itself. For us as hurling coaches, we must put players into situations where they can develop technically in an environment they will experience in the actual match. The repetition should be making a decision on ball just as it is in a match environment. 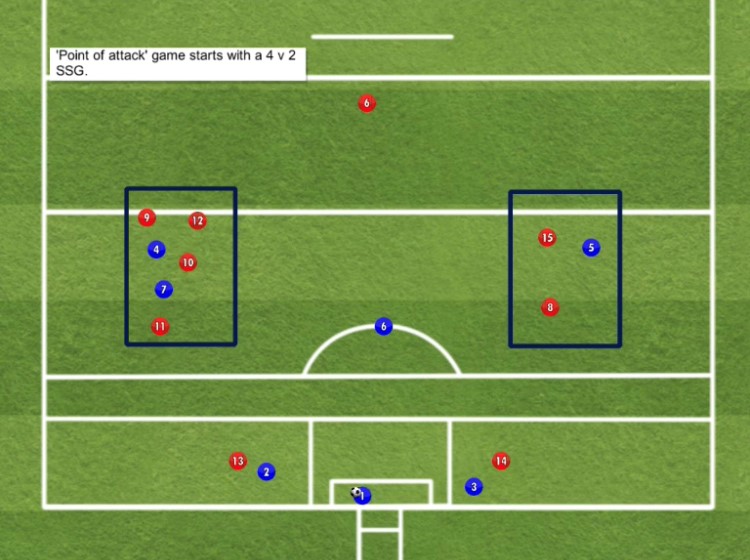 The above ‘match situation’ contains 2 boxes 1 with a 4 v 2 and the 2nd box with a 2 v 1, a 2 person full forward line, a free player (red 6) and an extra defender on the edge of the D (blue 6). Will this ‘match based scenario’ ever occur in a game? Maybe, maybe not, but, the point is that the players are in an unfamiliar setting and they must try and make the best of the situation they are given with quick passing, thinking and decision making. These tasks should promote interactions between the players, as intelligence is developed when people collaborate and cooperate with other people to solve problems (Punset, 2007)

Eamon O’Shea, Tipperary senior hurling coach spoke recently regarding structure and chaos in hurling sessions. While structure is good for tactical and skill development, chaos is essential for learning and developing players. Chaos brings a challenge to players, allows them solve problems and promotes leadership. If your training is too predictable, the teams’ performance will become predictable as well.

The attached game, Switch play 2 is a game that involves tackling, striking and passing with scoring for both backs and forwards. The main focus of the game is tackling and making turnovers. The object of the game is to score as quickly as you can. If you fail to score in the first zone, the team must switch zones. The rules or conditions of the game afford the players numerous opportunities to turnover possession rather than a linear or drill based approach. Small sided and games like the ones shown, provide an opportunity to practice performance, (in this case tackling0, in a smaller or sub-scaled version of the whole, formal game (Renshaw et al., 2019).

Developing players technically using games should also allow for questions and discussions with the players around tackling, closing down opposition and use of the ball. Football academic and Coach Mark O’Sullivan in a recent blog, suggested that discussions should incorporate:

When using a games based approach, as described by Wade Gilbert, two types of questioning/feedback should be used;