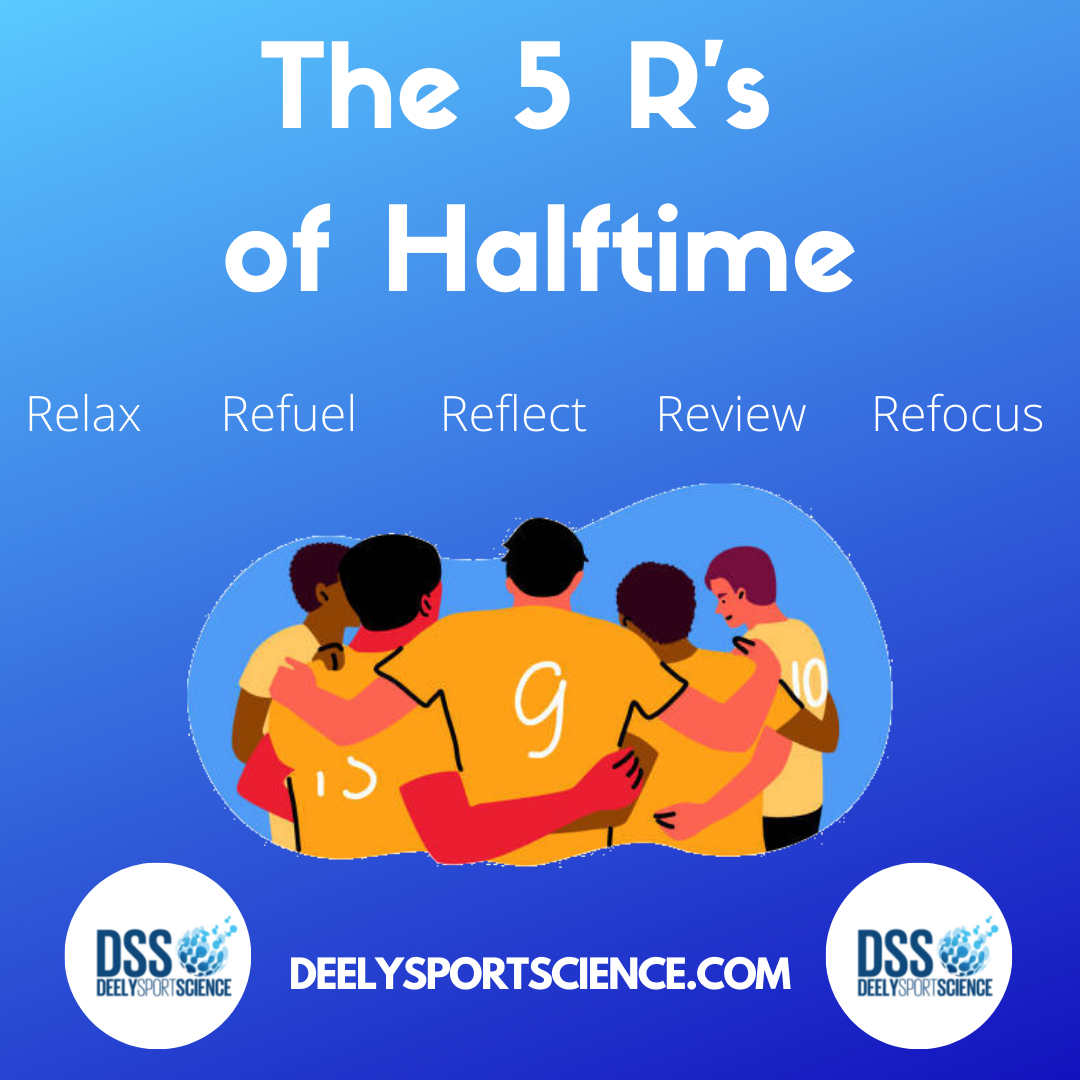 Posted at 08:52h in Blog, Coaching by Caoimhe Morris 0 Comments

How many games can you recall where a team has struggled in the first half and after a half time interval have come out a completely different side and you wonder to yourself, what went on in that changing room. We have all heard of famous inspirational half times in the past where medals and heads have been thrown against the wall, doors have been taken from hinges and teams have refused to come out for the second half! What is the right thing to do and what should half time consist off and is those 15 minutes really all that important?

At half time, the coach/manager has a small opportunity to review the previous half and identify any problems which have arisen. It’s also a vital time to ensure you have your players physically and mentally ready for the second half. It is certainly a time not be wasted but to be used constructively. Therefore, when a coach/manager is prior planning a game this important 15-minute segment should be taken into consideration. I think it’s important to plan for certain scenarios, obviously in an open environment like football you can’t plan for every eventuality but you can certainly plan for simple things, like are you behind, are you leading, had you planned to tweak the shape or the system regardless of the score.

A lot of the top teams will make subtle positional readjustments at half time, Tyrone and Mickey Harte like to do it regularly, I know from experience from playing against Tyrone, even at underage level, you might see Peter Harte operate as a wing back in the first half and suddenly line out and play as a traditional 11 in the second half. Dublin also do it, for example, you might see Kilkenny line out at eleven in first half and possibly midfield for the second half, or you could find McCarthy take up a different position and slip into a more central defensive position from midfield or even to wing back. Small subtle changes are more than enough to spook opposition and leave it difficult for opposition to readjust quick enough during in play time and with no further break, bar a short water break, available before the final whistle the damage could well have been done and it could take teams a long while to reorganise to your changes and for them to come up with a counter plan.

Watching the Euro’s currently on TV and it is also very evident how different some teams look for the second half of games, how their performances have changed, improved either through a lift in tempo or intensity or even by substitutions to personnel or key tactical switches or changes to a shape or system, take Belgium’s recent game with Denmark, totally outplayed in the first half, but some personnel changes and a system tweak and the game suddenly spun on its head and Denmark couldn’t react.

I ran a zoom last lockdown with Cormac Venney, a Down man, Cormac has a masters in Sports Psychology and runs a very successful business called HIP (Helping Improve Performance), a support for both professional people and sports teams through performance and well-being and it was discussing the impact of a half time talk and the plus and minus points. One major part of the zoom centred around the five “R’s” to be used as guidance at all levels when giving the half time talk:

Be under no illusion, coaches have a huge role to play at half time, don’t be afraid to go inside to the changing rooms where it removes distractions and allows you to also use visual aids such as a tactic/white board to stress critical tactical points. In bad weather its also common sense to be inside in a warm room than a cold field. Some teams like to change into a fresh jersey at half time if you have a twin set, get the players into the mentality that the second half, it’s just a new game!