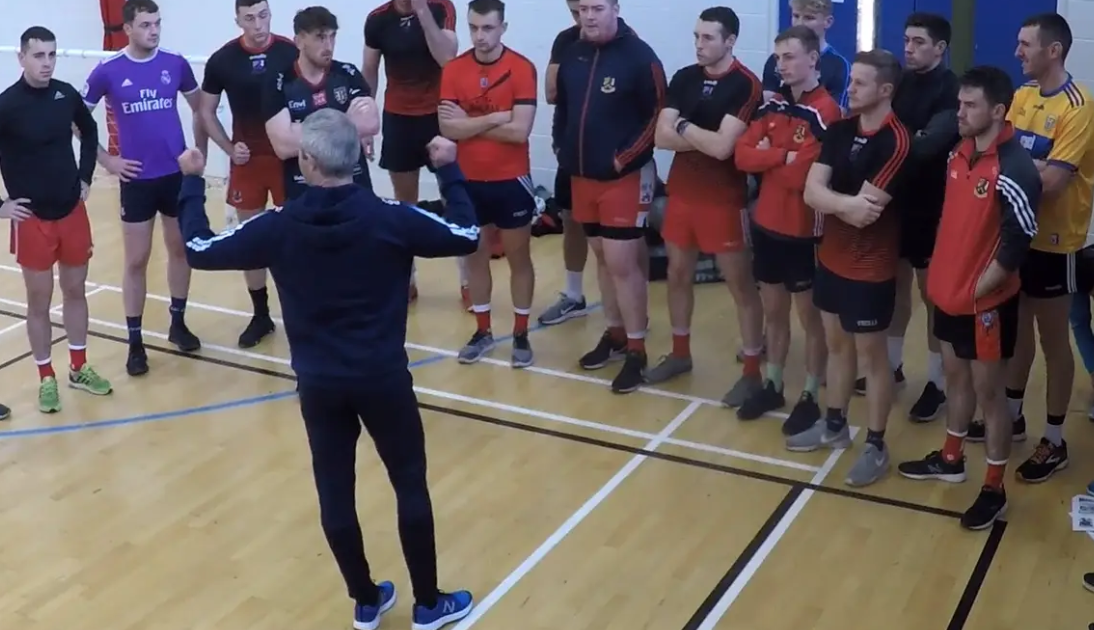 27 May The Tricky Art of Man Management – by Steven Poacher

Posted at 10:00h in Coaching by Caoimhe Morris 1 Comment

Coaching is very similar to teaching in many ways, there are so many similarities, including the old saying that sharing is learning, whether that is good practice, ideas, session plans, whatever form it takes to share is to learn. Interacting with other coaches on what went well, what didn’t go so well, picking their brains over various aspects of coaching is a fantastic way to learn. I would regularly speak to other coaches on a wide variety of matters in coaching but one question I get asked quite regularly is “What in my opinion will be the biggest challenge in Management or Coaching?” I have been very lucky to have been a Gaelic Football manager and coach for two decades, between school, club and county teams, but I have no doubt if it was 40 years’ experience I would still give the same answer, Man Management.

In my profession, teaching, the only real power you have left is your personality to deal with different pupils and difficult parents, you are constantly man managing all the time and it can be very challenging. Coaching and Managing a Gaelic Football team is exactly the same, you are dealing with different personalities and characters all the time, not one single player will be the same as anyone else, you will have the shy introverts who won’t say much and are very hard to work out, the boisterous extroverts who will challenge you verbally and plenty to say, you will have players with high pressured jobs who arrive in the changing room with everything in their heads except football, students with exam stresses, older players with families, these just some of the examples and despite all this you will be expected to try and create, bond and maintain a spirit and togetherness in up to maybe 30 adults.

Some clubs from the outside looking in have a really tight nit group of players, but there is no doubt this didn’t just happen by chance, it was harnessed and managed and relationships were developed and built over time. Maybe a certain culture was promoted in the club from a very young age, but it’s much harder to build a togetherness and manage players at intercounty level because you have big personalities coming together from rival clubs and if you can create that club type atmosphere with a county group that is half the battle. It’s one of the things for me Jim Gavin didn’t get enough credit for during his time as Dublin manager was juggling the Dublin PR hype machine and keeping those players tight nit, motivated and extremely driven! No manager is exempt though, even Jim Gavin, when it comes to having to handle and deal with different players and to juggle that tricky art of man management. Coaching for me is an art form and not a science and here are some simple ways you can help yourself;

Don’t hesitate to canvas the opinions of your more senior players within the panel, gain their feedback on training, opposition, your own style, it all helps. Obviously there is a fine line between democracy in a group and player power, but it’s extremely foolish to attempt to rule a modern group of players with an old school authoritarian school principal style, its ignorant and it simply won’t work. Other methods of gaining players feedback are discreetly speaking to players before, after training, organising one on ones throughout the year, this will particular help those quieter players who aren’t so keen on speaking in a group environment.

I think it’s very important every player has a clearly defined role within the group and that role is valued, players who are cast aside and don’t feel part of the group are obviously going to eventually become disillusioned and separate from the group. Football is an emotional game and of course emotional moments are nearly virtually impossible to avoid but try to resolve contentious situations immediately and don’t let them fester, this can be unhealthy in a group environment, don’t shy away from confrontation when it rears its ugly head, meet it, greet it and deal with it in a mature manner.

Remember as a manager/coach you are dealing with a large number of young men with differing personalities and needs. Not one single thing will “float everyone’s boat” you might have to make allowances for certain individuals whether that be as a result of family matters, social issues or work problems. The one resounding factor still remains the same though, it’s not just about winning leagues or championships but the different challenges faced each year with a bunch of players and trying to put all the elements together to make a team whether it’s with school, club or county. The challenge always remains to create a spirit / an atmosphere and a winning mentality and through effective man management we can all achieve this.